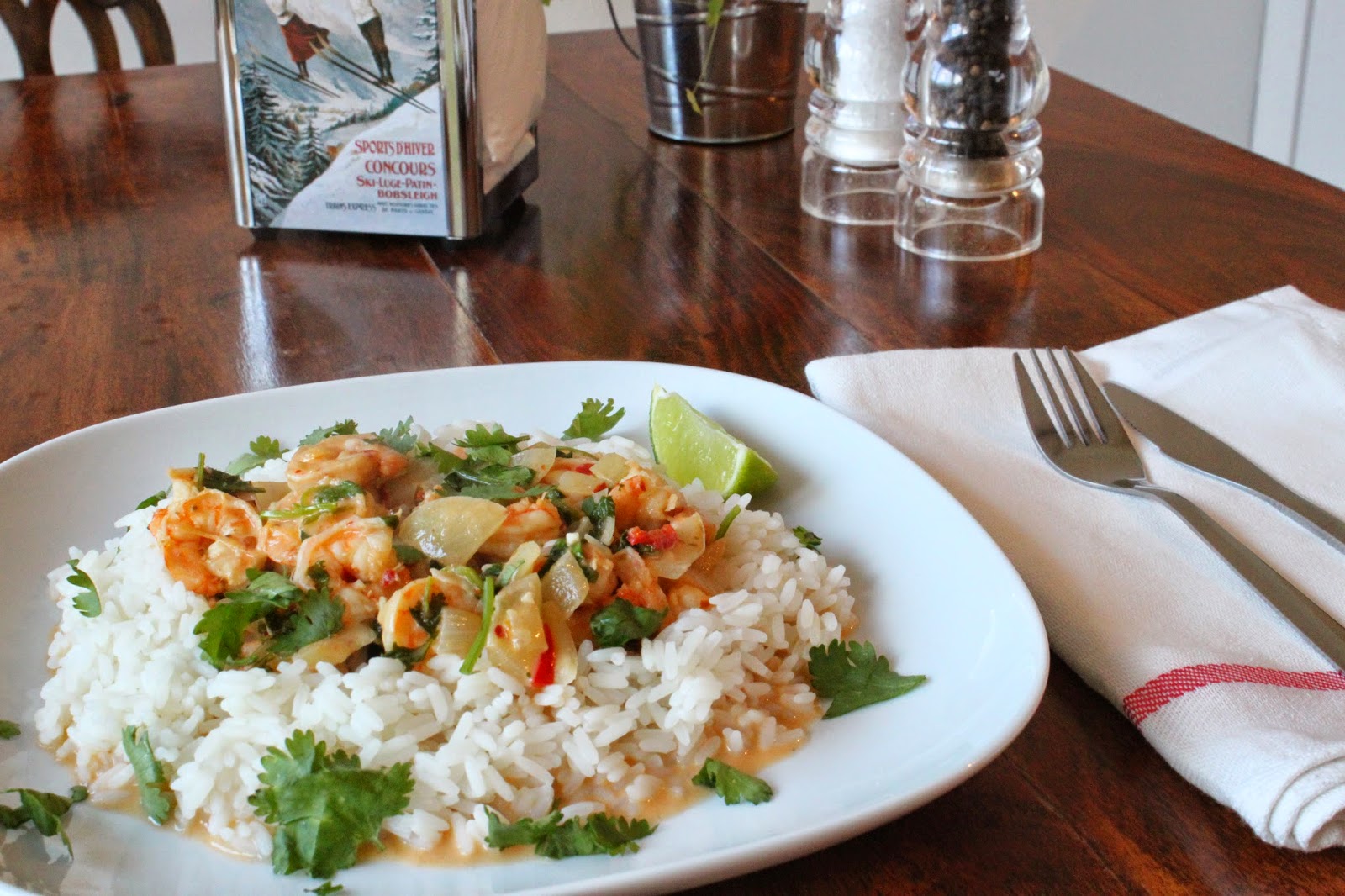 Time to spice things up a little bit - definitely in the kitchen, and hopefully in the bedroom afterwards. This was a recipe passed on from a friend as it was his favourite meal at Wagamama, that I've amended to my taste. I genuinely cannot tell you how freaking good it is, you'll just have to make it to understand. It has everything - big juicy king prawns, a hint of heat from the curry paste and chilli which is then soothed by the freshness of the lime and coriander.

This is another super easy dish that looks and tastes like it requires a lot more effort than it actually does. Perfect for a romantic night in, or for when you have someone round for the first time hoping to set the mood for some action later on.

Get your hands on all of the lovely fresh ingredients listed below and get cracking. This one is all about doing things in the right order and is extremely straightforward. 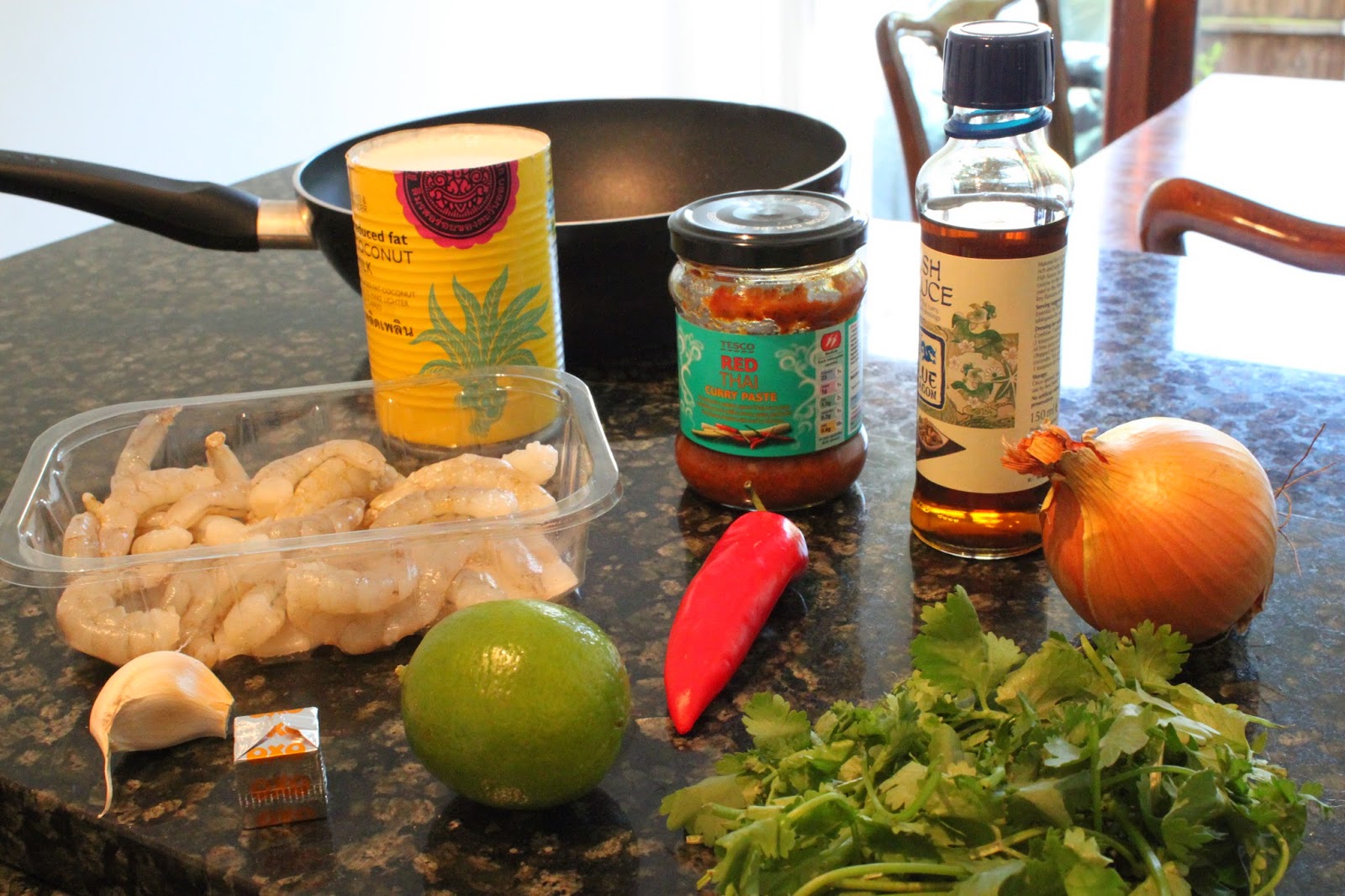 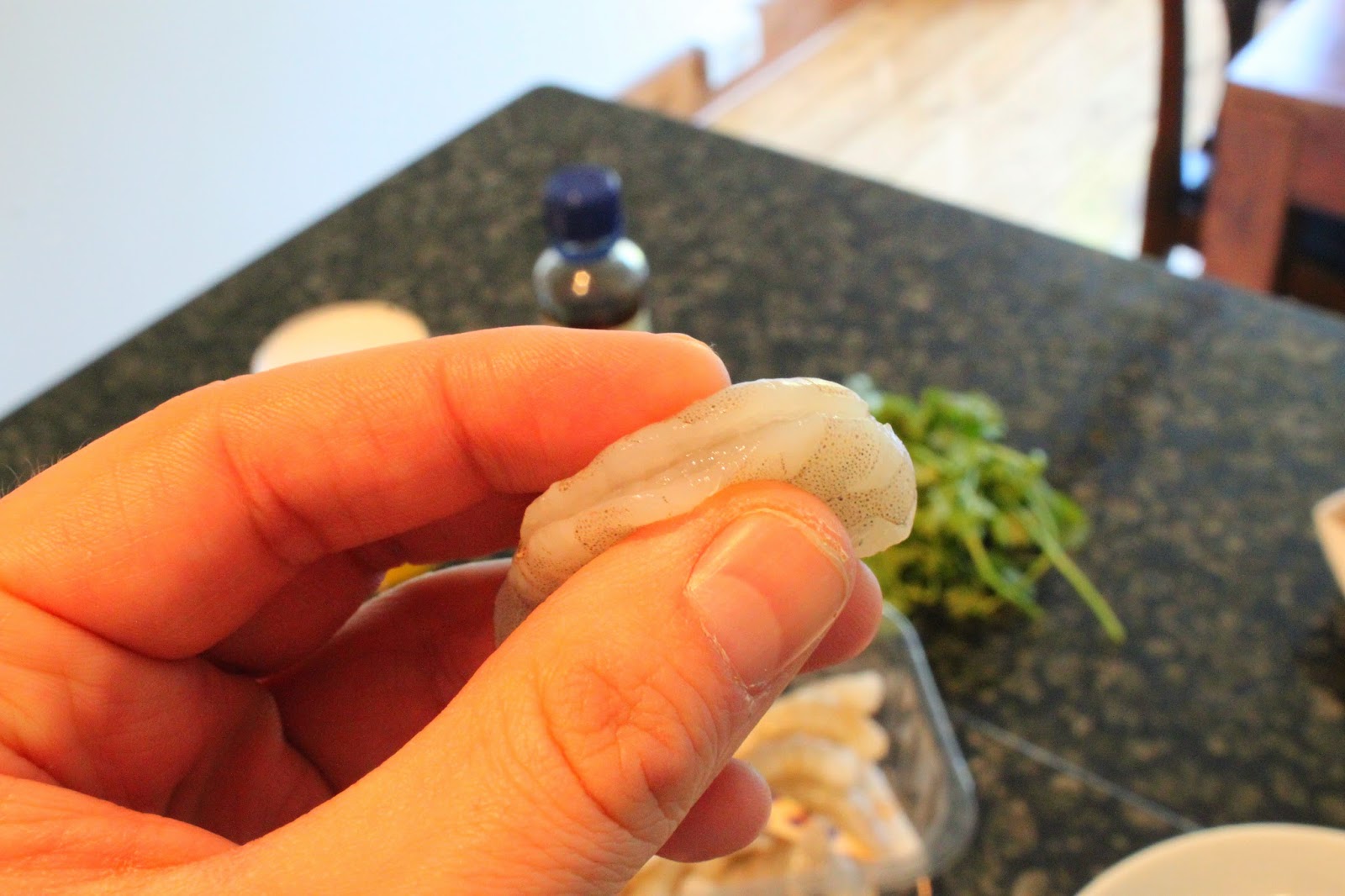 Let's get all of the prep out of the way. The first thing you need to do is dice up the onion, the chilli (without the seeds) and the garlic. The next part is relatively fiddly and can have you ending up with sliced up fingers if you're not careful. You need to butterfly the prawns which means making an incision down the length of the back of it, about halfway deep. It's a little bit time consuming but it means that the prawns will fan out when cooked and look the absolute mutt's nuts. Now you're all set to get cooking. 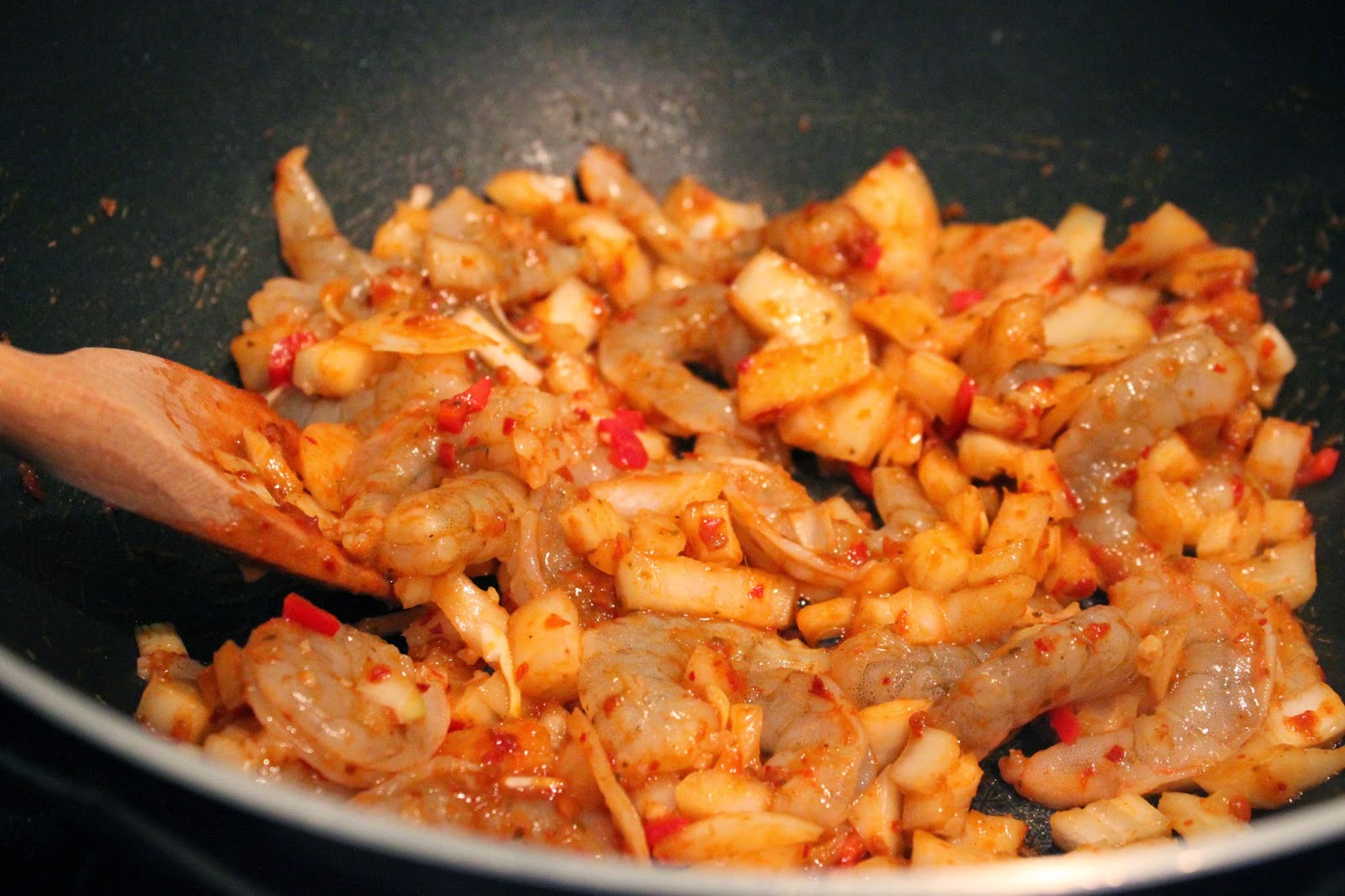 Get the rice on now. Bring a pan of salted water to the boil and give it a stir to get the water moving. Keep stirring as you throw in the rice and then don't touch it again until it is cooked - normally about 15-18 minutes. Next, get a wok set up on a medium heat and throw in the curry paste. Stir it until you can really smell it cooking, but not burning, and then add in the prawns, onion, chilli and garlic and stir fry until the prawns have turned pink and opened up. Now pour in the coconut milk and turn the heat down. 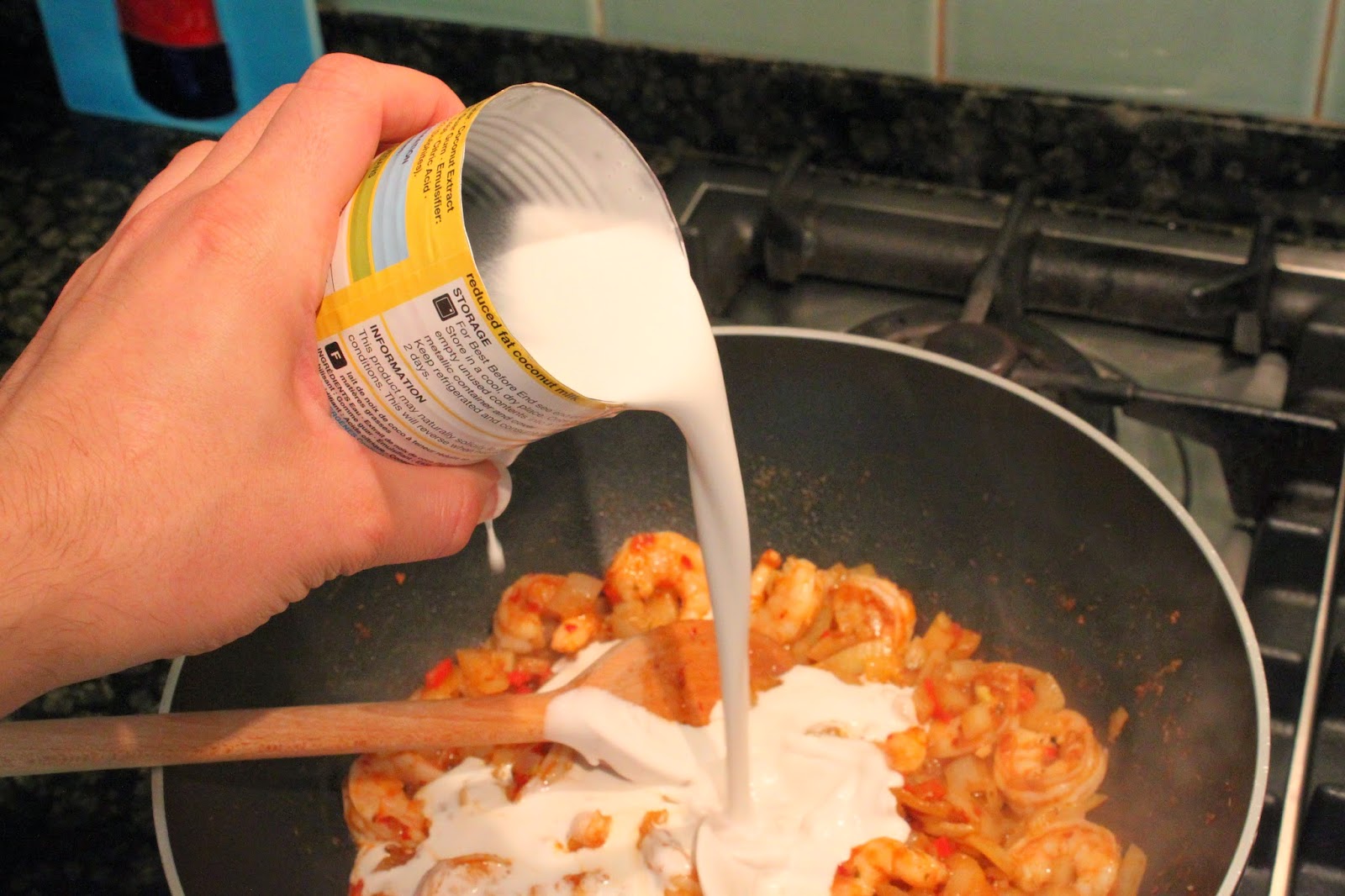 Crumble up half of the the chicken stock cube and throw it in along with the fish sauce and simmer for 5 minutes. Next chop up a nice big load of the coriander and throw that in. At the same time squeeze half of the lime into the wok and stir. Leave this all cooking for another 5 minutes and then serve on top of your beautiful, fluffy rice with a lime wedge and a sprinkling of chopped coriander. Beautiful.

If she's not impressed by this then kick her out on her arse and just leave the front door open for five minutes. Once the smell of this dish gets out onto the street you'll have them queueing up outside your door. 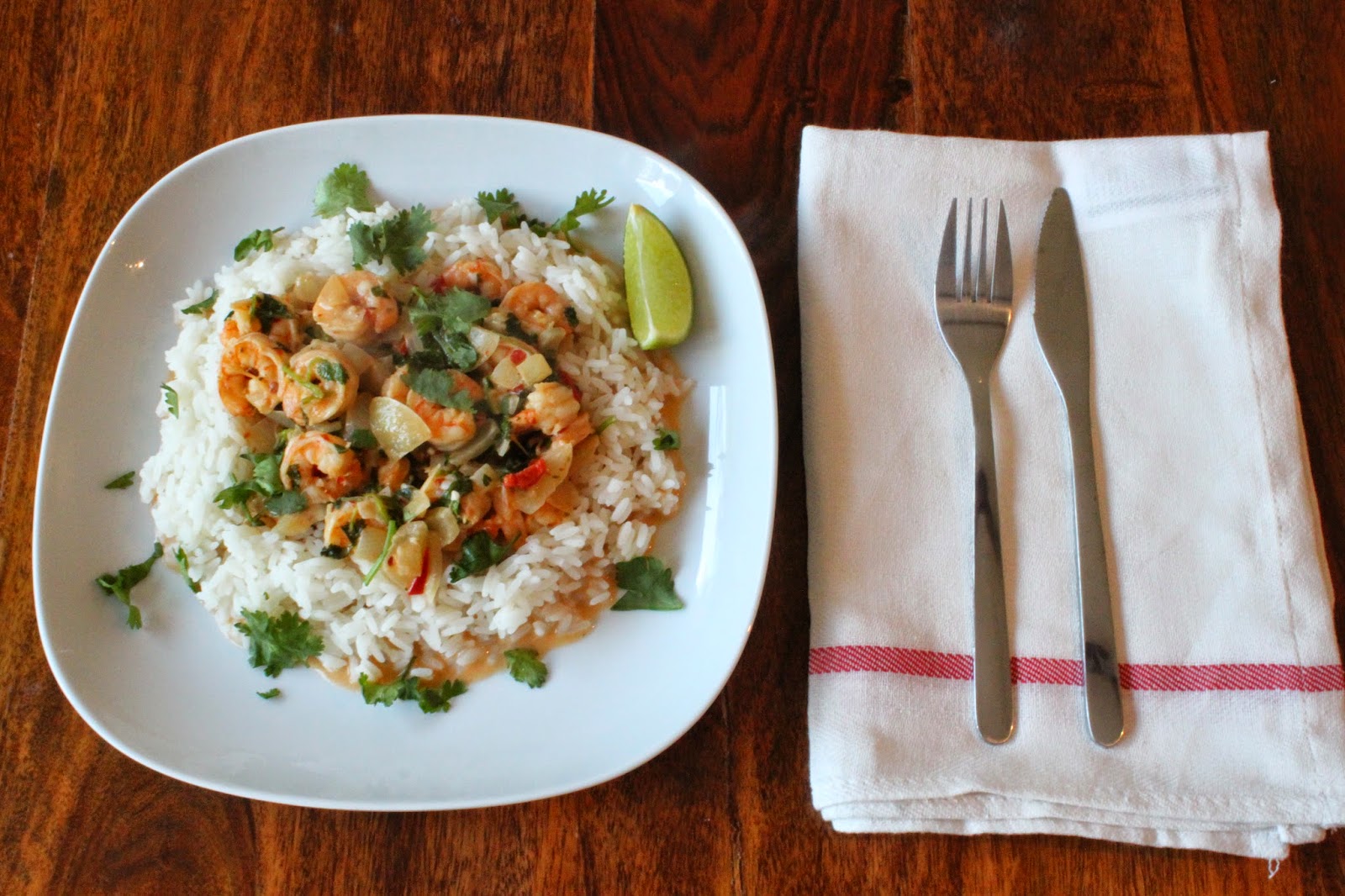